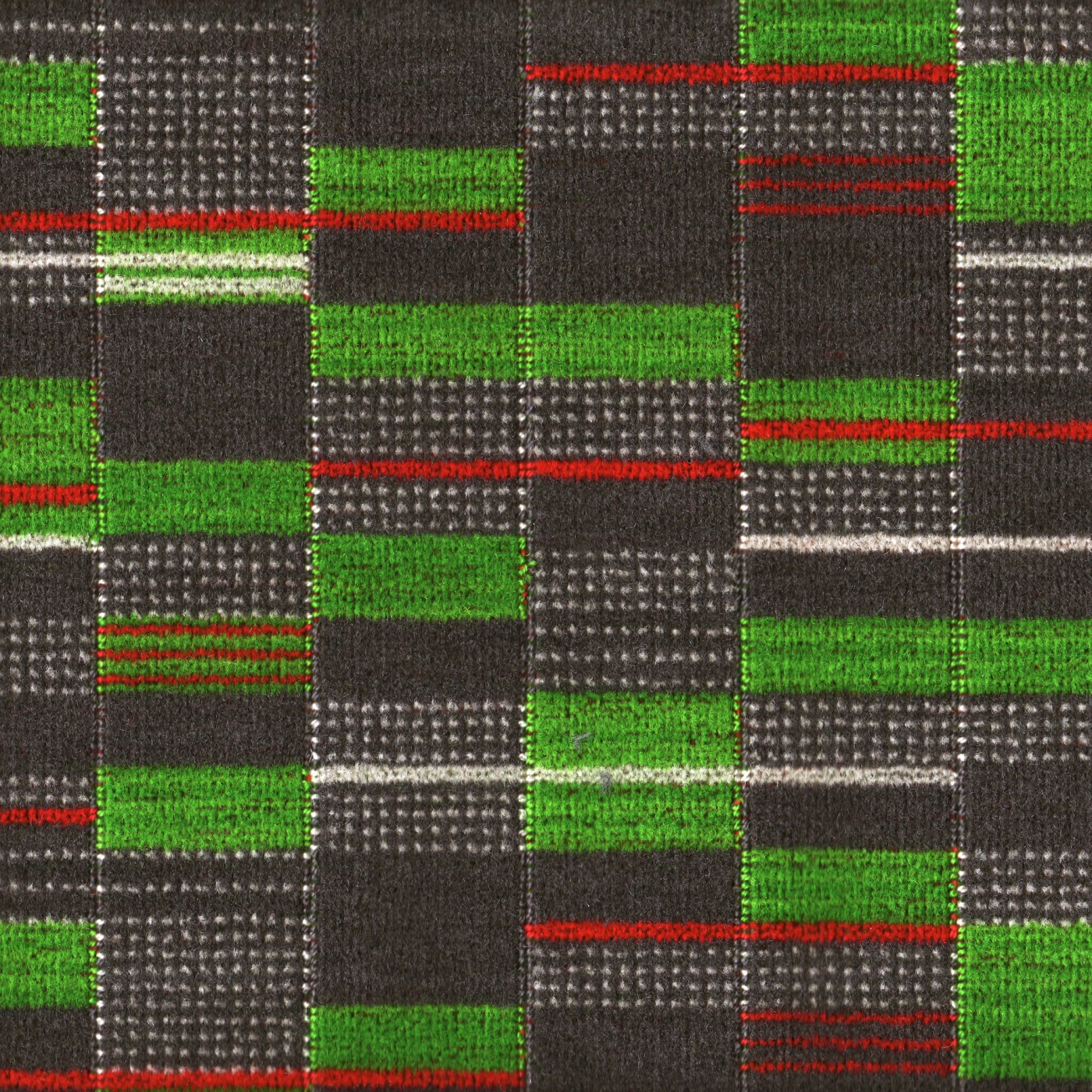 The Croydon Tramlink opened in South London in 2000, becoming the first new tram system in London since 1959. Recently, the trams have been refurbished by Transport for London and once more Wallace Sewell were delighted to be involved. Working with the corporation colour palette of red and greens, Harriet and Emma took inspiration from the urban and semi-country route of the trams and went on to create this striking moquette. They introduced greys to represent the urban and the greens suggest the countryside through which the trams travel each day.